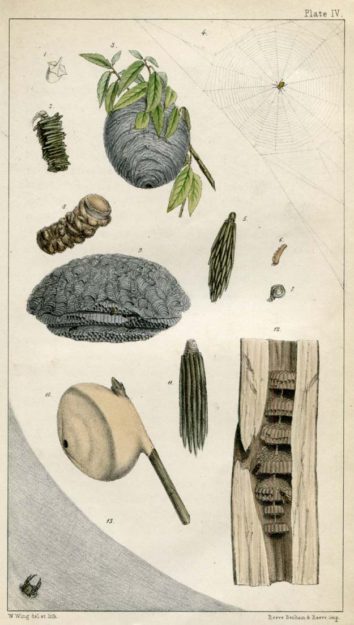 350. The caddis-worms form a domicile, in which they reside, of a very remarkable character. Some species form it of little pieces of wood, which they arrange tangentially to the cavity, so that the whole forms a case, with numerous projections. Other species form their abode of little shells, which they agglutinate together; but perhaps the most remarkable specimens are those which are entirely formed of small stones, so that the worm literally forms a stone case. In this latter case we have an insect performing an operation which only very lately has been patented by Messrs. Ransome, of Ipswich. They consolidate stones by silicate of potash, and thus are enabled to make artificial stone, of various shapes; but at present I do not think that their paten has been very extensively used. 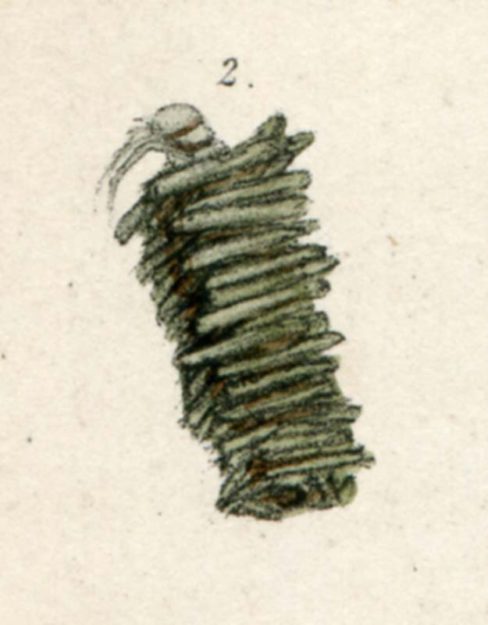