Like so many invertebrates, the young caddis fly has near its head a gland which secretes a substance that sets to form a sticky, silky thread. By extruding its sticky silk and turning itself around as it does soe, the larva is able to wind the thread round and ound its body to provide an outer adhesive layer. This done, it selects bits and piece of sand grains, gravel and other material which it places around itself to make a protective casing. It does this quite deliberately, and the design of the case differs from one caddis fly species to another, but within each species it is always the same. You can identify a caddis fly species by the design of the casings its larvae make, although not all species make them. 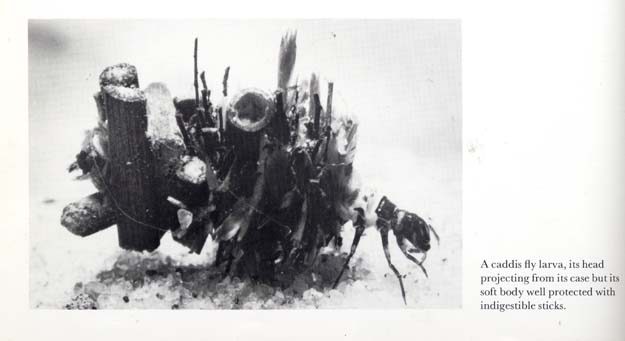 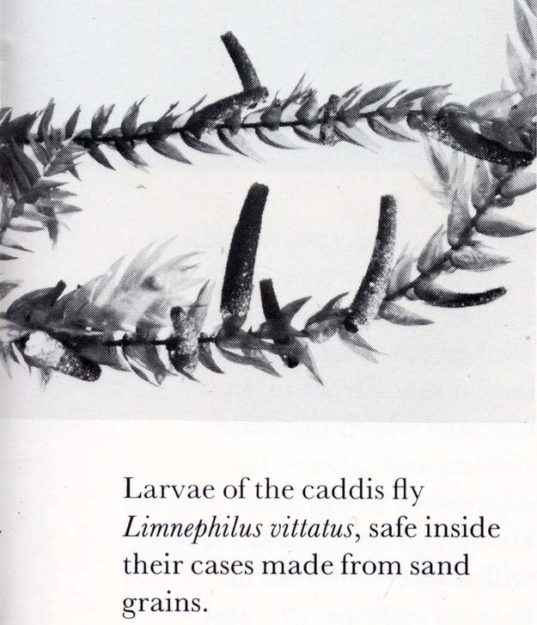