On hatching, the larvae begin the construction of cases in which to live. The materials of which these are made differ according to the species of caddis fly concerned and vary greatly (Fig. 221) Some take pices of leaves that have fallen into the water ; others select veins of the leaves ans similar sized straws and put them together crisscross, something like the logs of a log house ; some species use the finest sand for this purpose, others coarse gravel, and still others use a mixture of long and short pieces of plants so that the ends of the longer ones extend some distance behind the end of the case. 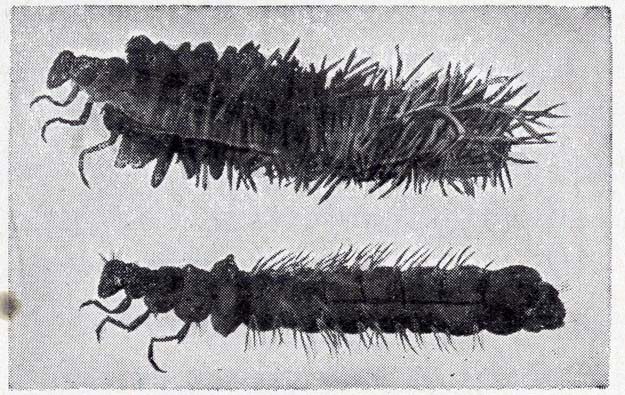 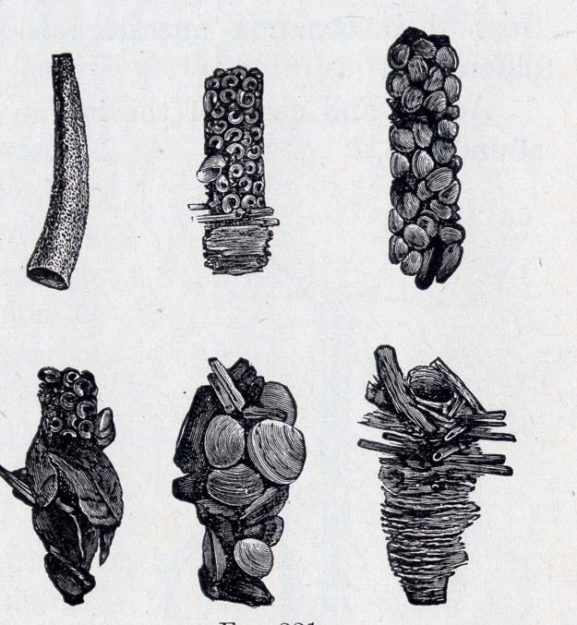 The case itself is usually straight but in some species it may be curled and resembles a small snail shell. Indeed this resemblance is so close that, in one instance at least, such a case was actually described as that of a shell ! The materials, whatever they may be, are held together by silk spun by the larva, coming from silk glands within the body and poured out through an opening close to the mouth. Within the case the larva lives, rawling about by extending its head and thorax out of the front end so that its feet can be used, and dragging the case along.
Some caddice fly larvae make simpler houses than these. Such species live in rapid water and there fasten a few tiniy stones under rocks by their silk and between these spin a silken tubes in which to live. 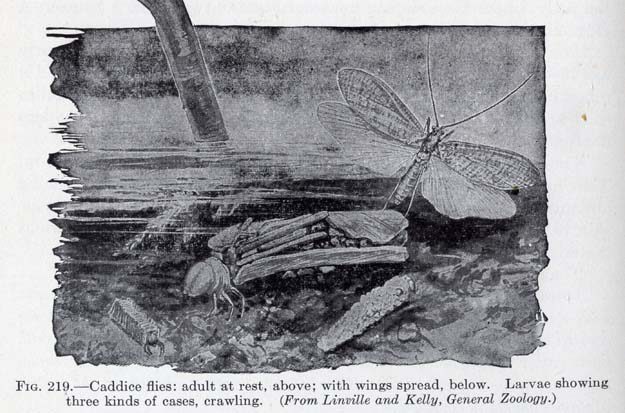