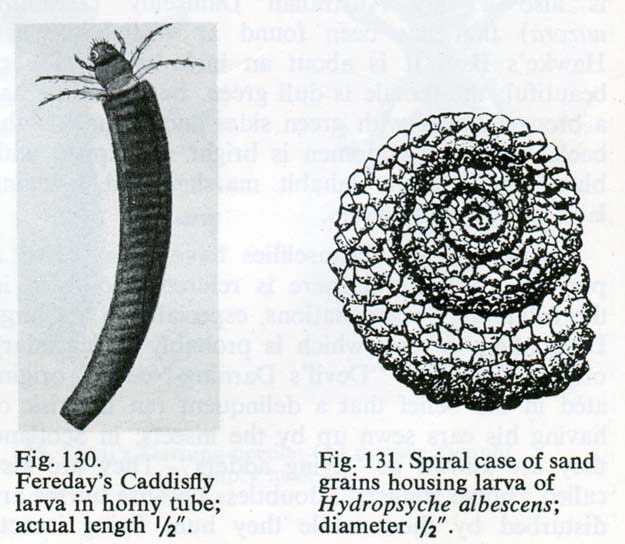 One of the larger and abundant case-bearers (Pycnocentrodes aureola) inhabits mosses in stony and silted streams of moderate, or little, current. The case, neraly ½ inche long, is tubular and covered with sand grains, or minute pebbles ; when about to pupate, the larva closes both ends, except for slits to allow the passage of water. The larva of another species (Olinga feredayi) forms a curved, brownish, translucent and homy, tubular cases (fig.130), usually found at the margins of swift streams. Other kinds (e.g. Helicopsyche albescens) construct cases of sand grains in the form of flat, spiral shells (fig. 131) found on the surface, or in crevices, of stones according to the rapidity of the streams. And an interesting species (Philanisus plebejus) lives in coastal rock pools between tide marks ; the larvae feed on coraline algae, small pieces of which are used in the construction of the cases.