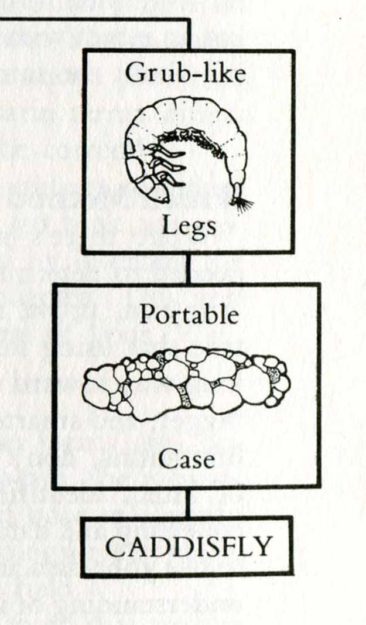 Other caddisfly habitats are « portable » and are built by larvae that anglers often refer to as « case-makers ». When a case-maker is undisturbed, it projects its head and thorax from its case and, using its legs, carries the case about as it forages for food. When disturbed, it withdraws its body into its case for protection. Depending on species, the rxtent of larval development, and habitat features, the materials and designs used by caddisflies in case-making may take many forms. Though you may not have realized it, the small pieces of wood and gravel sometimes found in the stomachs of trout and many other freshwater fish may be the remains of case-makers that have been eaten-cases and all.