There was a time in my fly-dressing career, such as it was, when I feel I took the art of realism too far. I Indulged myself too much in direct representation to the detriment of the fish-catching potential of the fly. On occasion the flies looked so damned real I Like to think they fooled rather than tempted the fish. Don’t ask about my excuses when I failed to catch a fish on some of them. 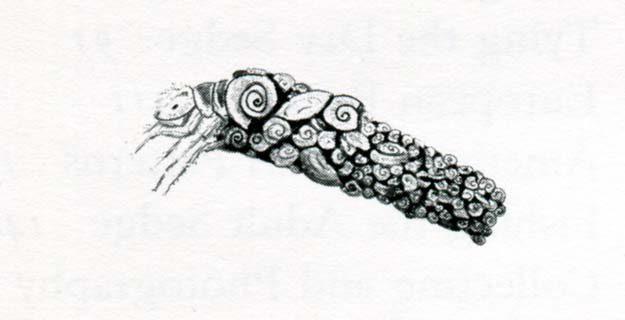 This was not the case with the pattern. This was one of my flights of fancy that did actually catch a few trout, so I feel justified in including it here. It represents those caddis larvae that use vegetable matter to construct their cases. It is tied in the same way as the last pattern but, instead of coating in sand, little irregular bits of natural, Brown and green raffia are stuck onto the body. When dry, a coat of clear varnish extends the life of the fly. This fly is also better if preweighted with lead or copper wire, in order to get in down to where the trout are.

Now I have to admit that this pattern was a failure- no that I did not cash fish with, it, no, but it was nigh on impossible to cast. I stuck to the body, by means of Araldite adhesive, small bits of gravel and pebbles frommy aquarium. I must admit that in the vice it looked so realistic. I could have eaten it myself, but, as I say, it was a ton weight to cast. Since then I have found that some (unused !) cat litter solves the «  too heavy » problem. Tie the fly up exactly as the last pattern but substitute cat litter for the raffia. (Some types of cat litter are lighter than others. Choose the lightest, then you will at least have a caddis patern you can cast.) 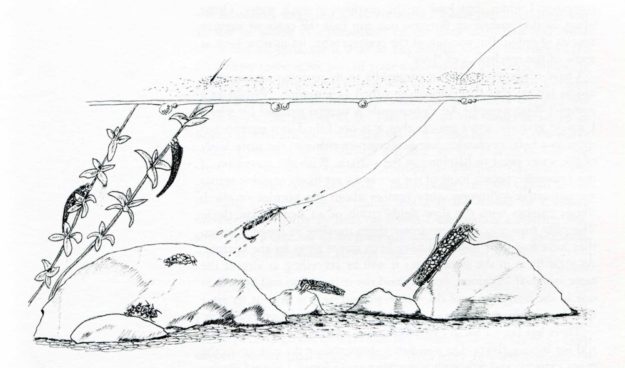 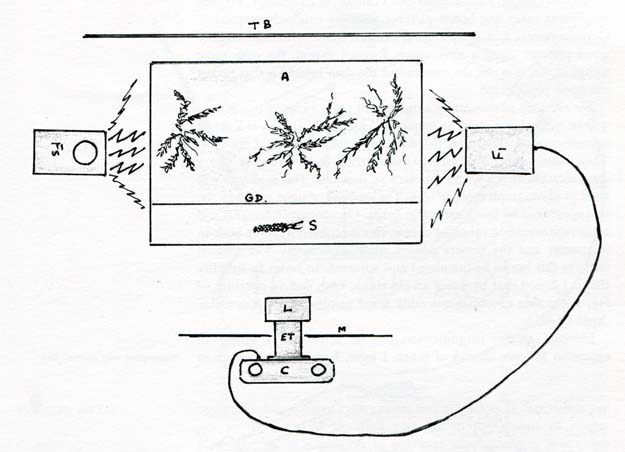