At a single locality, the larval cases of a caddis fly were obtained, which were coated over and partially imbedded in lithoid tufa (Fig. 32). This fossil is very similar to the larval cases of the caddis fly now foud abundantly in streams and lakes, and, so far as the evidence goes, indicates that the waters in which the fossils, were formed were not intensely alkaline or saline.

The worm-like larval cases of a fly occur in the tufa about the Soda Lakes near Ragtown, but these are evidently of quite recent date and cannot be considered as Lahontan fossils. 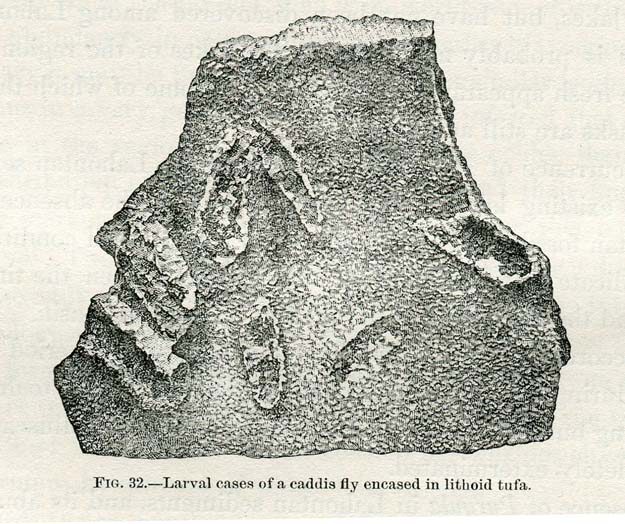