A caddisfly larva’s case hides its body, making it difficult for a predator to recognize it as living thig that might make a meal. The case may itself be hard to find because it is camouflaged. Caddisfly cases blend in with their surroudings, because they are usually made of abundant materials such as sand or vegetation that are a major element of their habitat. Anker Nielsen observed that caddisfly cases made of short lengths of dead twigs blend in almost imperceptibly with the broken bits in the habitat. Larvae in cases made of leaves, Christian Otto and Björn Svensson found, were more often eaten by trout when they were on a constracting sandy bottom than when they were on a bottom littered with dead leaves. In  addition, however, caddisfly larvae, like those we will meet next, are physically protected from predators by the cases they construct. 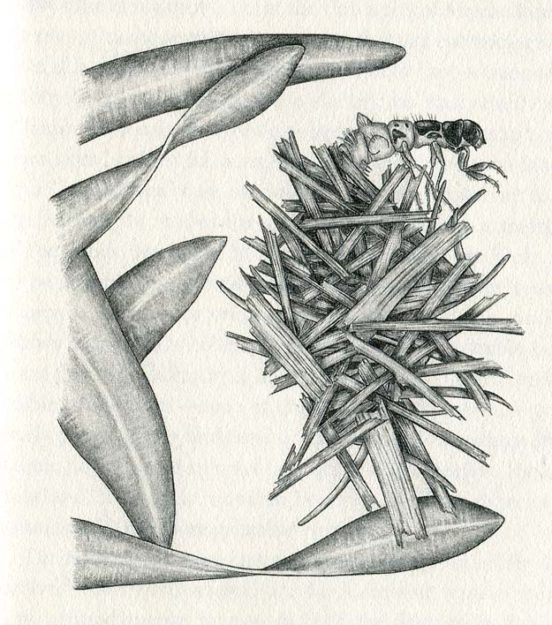 Anita and Frank Johanson of the University of Ulmea in Sweden noted that two species of caddisflies construct two distinctly different kinds of cases that give them physical protection in different ways. One species uses small pieces of leaf to make a thin, smooth-walled, cylindrical case. The other builds a shorter, wider case that bristles with lengths of stem and other plant debris arranged tangentially crosswise rather than lengthwise, giving it, as the Johanssons put it, a hedgehog-like appearance. The Johanssons found that the hedgehog case is much stronger than the tube case ; it takes well over three times as much force to crus hit. Dragonfly nymphs attacked these two kinds of cases differently. They almost always removed the tube larvae through a hole they tore in the weak wall of the case, but the walls of hedgehog cases were apparently too strong for the dragonfly nymphs to penetrate. They managed to capture hedgehog larvae only when the head and thorax protruded from the opening at the front of the case.

The Johansson used a mechanical device, the «  caddis case crusher », to measure the force required to breach a caddisfly case. Designed by Dr. S. Thelandersson of the School of Civil Engineering of the University of Lund in Sweden, it is essentially a combination of a guillotine and a nutcracker with one movable arm and another attached to the surface of a table. A case is put on the « block » beneath the free end of the hinged moveable arm, which can be pulled down by a weight suspended from it on a string. The weight is a small bucket that is gradually filled with water until it is heavy enough to pull down the movable arm and crush the case. The weight of water required to crush the caddis ase is a measure of its strength.